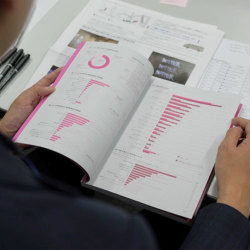 The Japanese Art Industry Market Research Survey offers insights into trends in the Japanese art market, demonstrates the influence of economic and social conditions on the art industry, and provides analysis based on art categories and sales channels specific to the actual state of the industry in Japan.

The Japanese art market is diverse, spread across a wide range of sales channels and artwork categories, from antiques and crafts to nihonga, yoga, and contemporary art. Art Tokyo Association has conducted the Japanese Art Industry Market Research Survey since 2016, based on the distinct characteristics of the situation in Japan and a questionnaire with data from over 20,000 respondents. The survey and analysis results are widely publicized in order to contribute to the future development of the arts and culture field as well as provide various industry indicators. 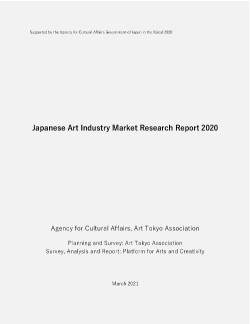 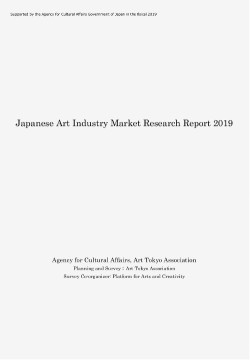 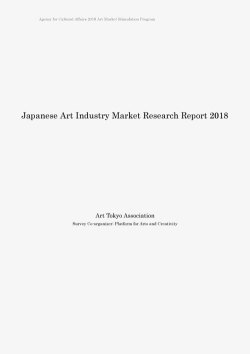 Japanese Art Industry Market Research Survey 2018
Agency for Cultural Affairs 2018 Art Market Stimulation Program
Survey Organizer： Art Tokyo Association
Survey Co-organizer： Platform for Arts and Creativity
The scale of the market for artworks in 2018 was estimated at 246 billion JPY. This represents the third year in a row of growth after the survey’s estimates for 2016 at 243.1 billion JPY and for 2017 at 243.7 billion JPY. When viewed by sales channel, there was some fluctuation in the amount of sales taking place at galleries and department stores, but these nonetheless remained the two largest channels for buying and selling works of art, while art fairs and websites also revealed their highest growth in the past three years. In addition, the survey analyzed artwork import and export trends as well as museum visits, and identified a demographic of “internationally well-experienced business people” as key for thinking about the future of the art industry, and surveyed their values and attitudes toward art. 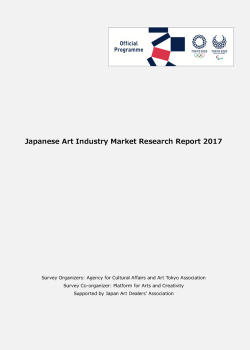 Japanese Art Industry Market Research Survey 2017
Survey Organizer: Agency for Cultural Affairs / Art Tokyo Association
Survey Co-organizer: Platform for Arts and Creativity
Supported by Japan Art Dealers’ Association
The scale of the market for works of art grew slightly from an estimate of 243.1 billion JPY in 2016 to 243.7 billion JPY in 2017. The art market in Japan is diverse, spread across a wide range of categories, from antiques and crafts to nihonga, yoga, and contemporary art. Among the sales channels, department stores ranked second after galleries and enjoyed another strong year. In this way, the scale of the market in Japan has remained relatively stable even as the global market showed decline until 2016. The survey also covered import and export trends for Japanese artworks since the 1980s economic bubble period as well as the attitudes of collectors. 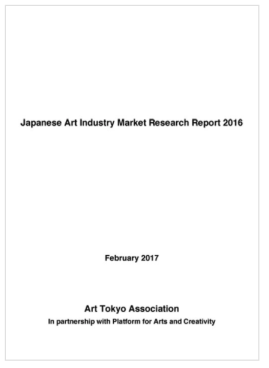 Japanese Art Industry Market Research Survey 2016
Survey Organizer: Art Tokyo Association
Survey Co-organizer: Platform for Arts and Creativity
Supported by Arts Council Tokyo (Tokyo Metropolitan Foundation for History and Culture)
Until now, the state of the art market globally has been reported by survey agencies in Europe and the United States using estimates of art gallery and auction sales figures mainly from those regions. Based on a market survey conducted in 2016 with approximately 20,000 people, Art Tokyo Association calculated the scale of the market for the art industry across Japan in proportion to government statistics on population. The market for works of art was estimated at 243.1 billion JPY, exceeding the markets for cinema (approx. 217.1 billion JPY, according to 2015 statistics from the Motion Picture Producers Association of Japan, Inc.) and animation (approx. 184.7 billion JPY, according to a 2015 report from the Association of Japanese Animations). While survey methodologies differ, the analysis nonetheless demonstrates that the scale of the art market in Japan compares well to that of other major content industries.
General Survey Inquiries