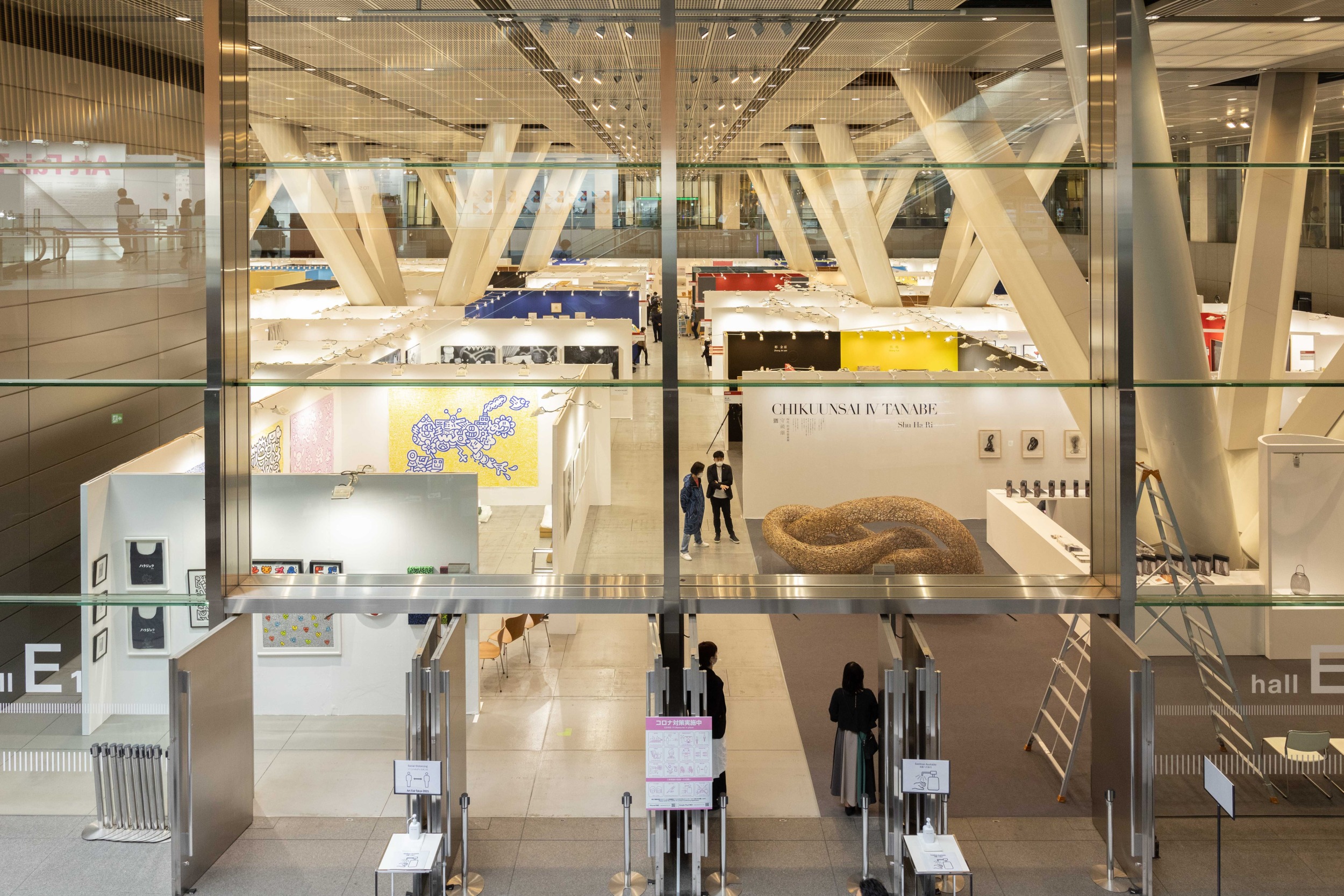 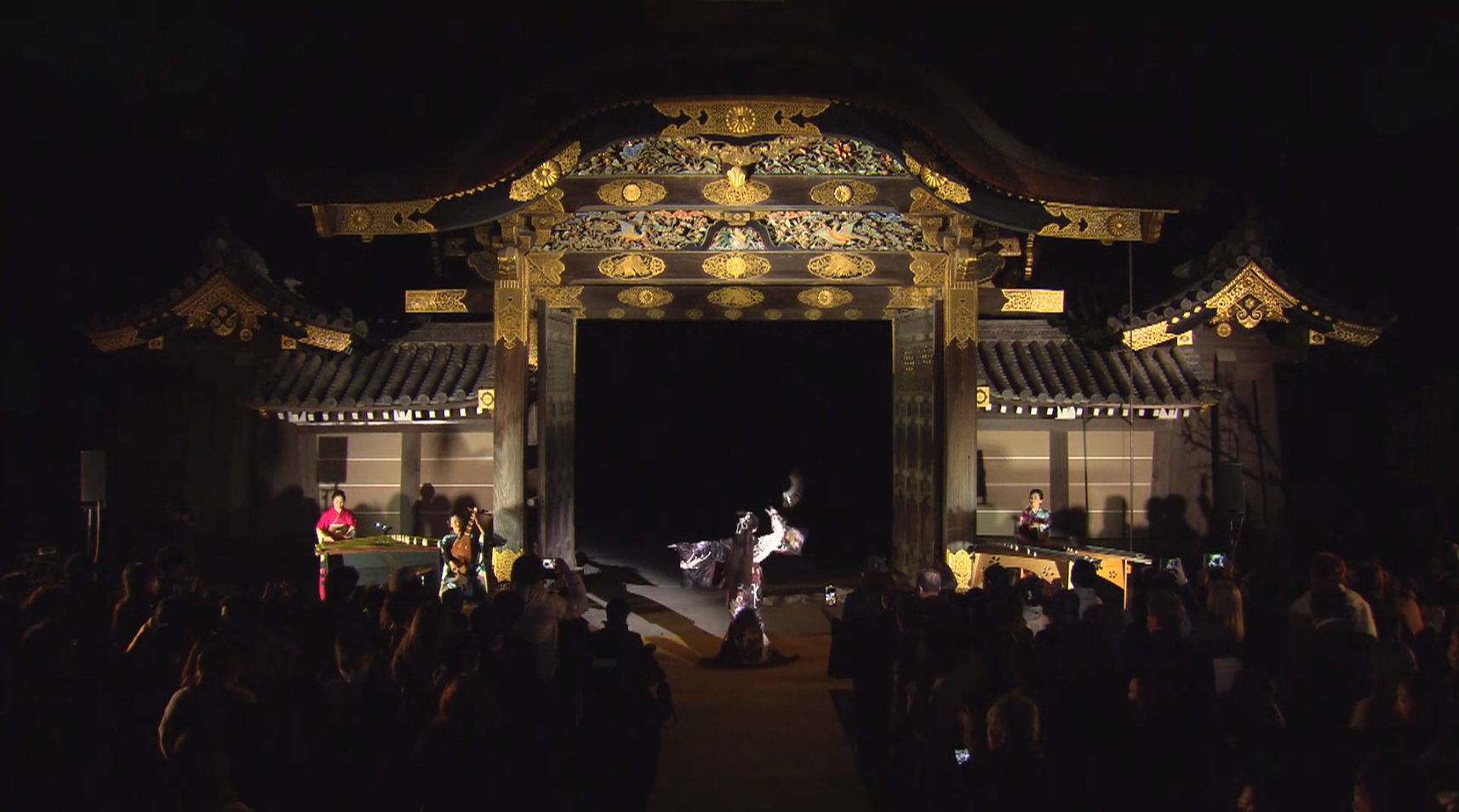 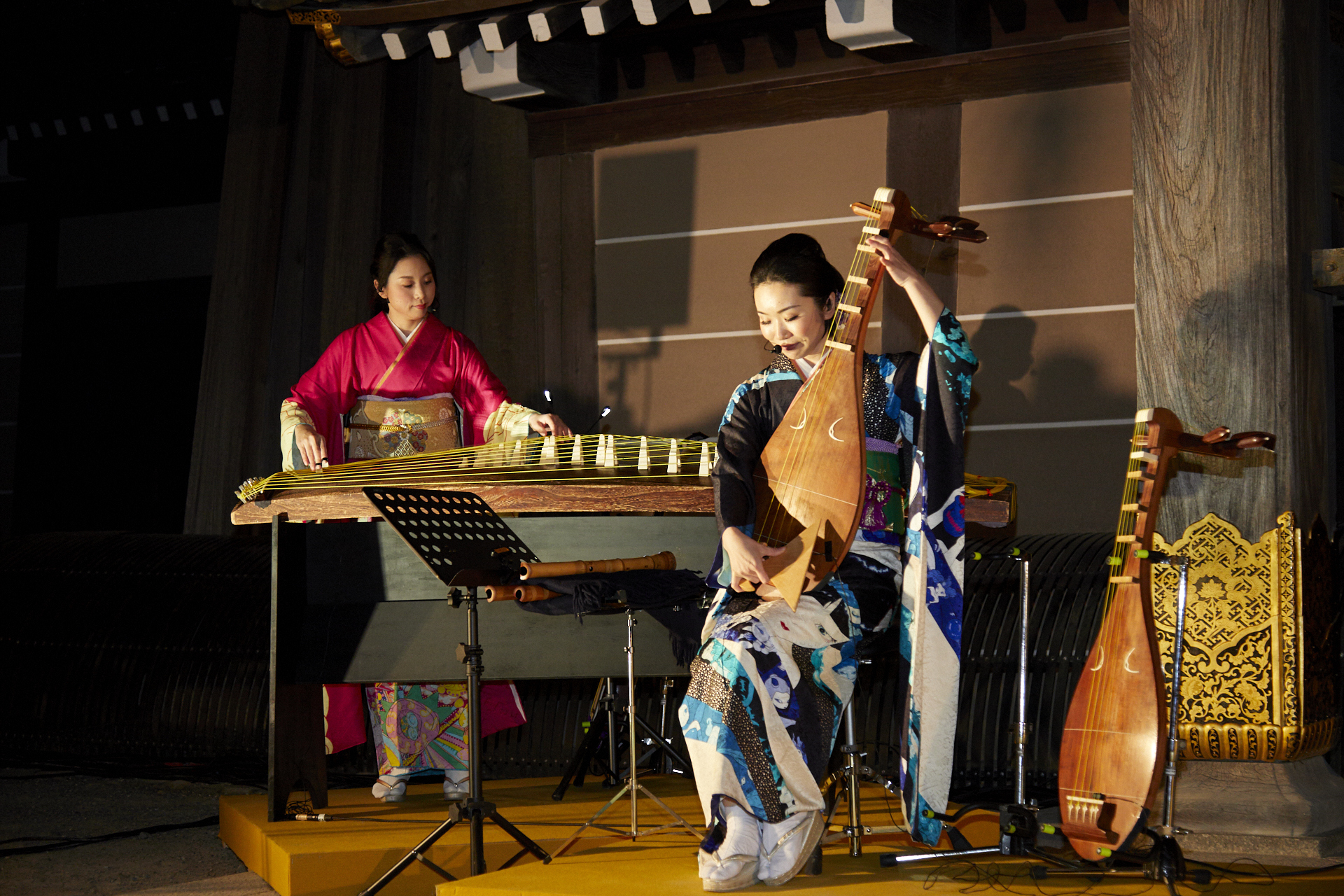 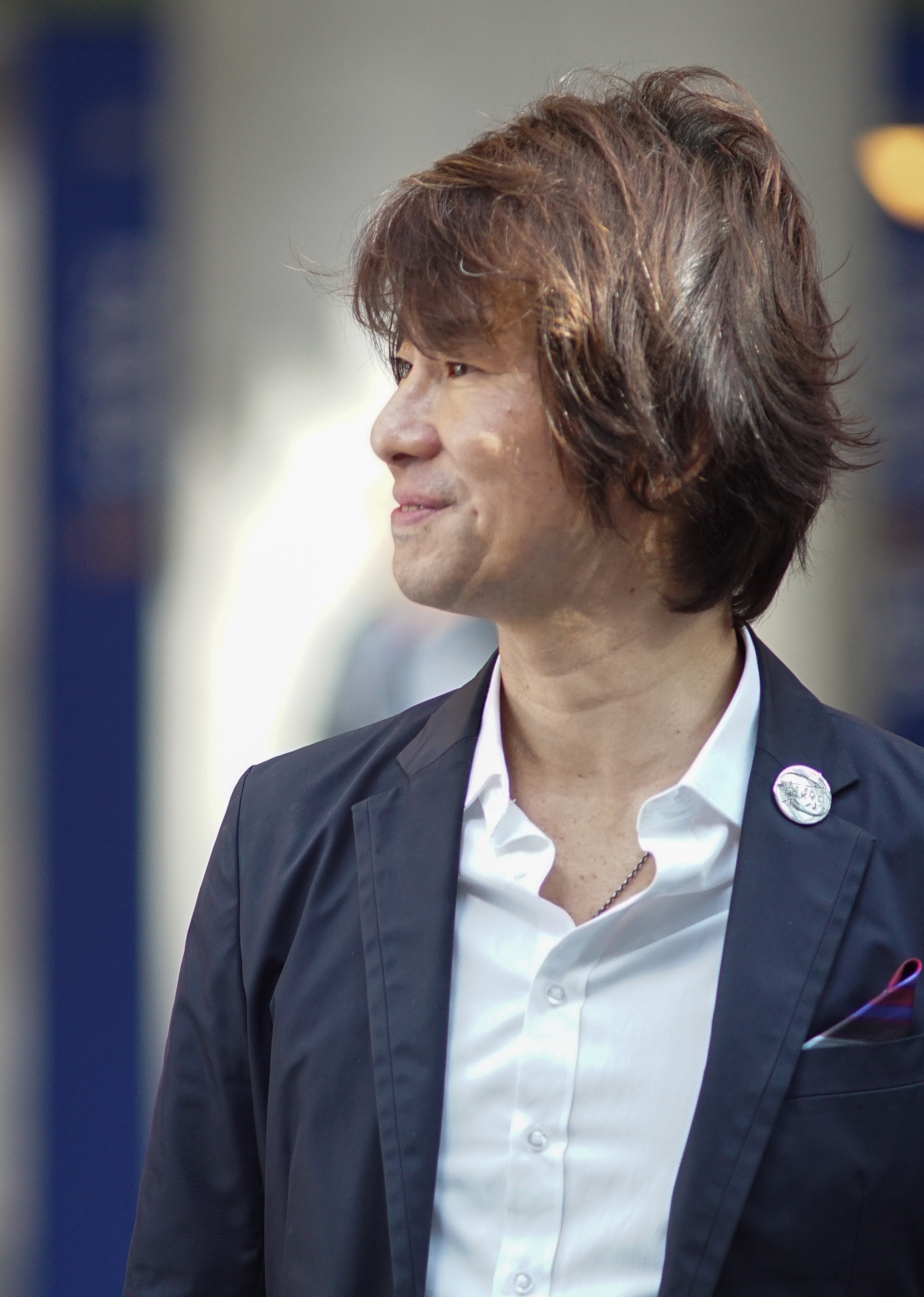 In Japan, an incredible diversity of artistic expression has emerged across our history, starting with the ancient pottery and clay figurines of the Jomon and Yayoi periods, and followed by the Buddhist art of the Heian period, the tea ceremony culture that has continued since the Kamakura period, the Edo era’s Rinpa school of painting and ukiyo-e woodblock prints beloved by the masses, the breathtaking crafts and nihonga and yoga paintings from the Meiji period, and now the very latest advances in contemporary art. In this way, artistic culture has long existed as a fundamental part of the Japanese.

In society today where an immense revolution is taking place across technology and a range of areas, the potential for art to stimulate the imagination and produce new values is attracting attention in various settings. Art not only widely influences such fields as culture, diplomacy, and economics, but is also surely a communication tool whereby people of different ethnicities, occupations, and social positions can transcend time or geography and share such values.

Alongside looking ahead to the future and finding and resolving the dilemmas that appear with the changes in our society, Art Tokyo Association produces art platforms where individuals can encounter the new ideas they need. Believing that rich creativity and diversity hold the key to further developing Japan in the years to come, we aspire to build a future society where art is fully integrated into people’s daily lives.

In 1985, he joined Tokyo Broadcasting System Holdings (TBS Television), where he was responsible for proposing and planning the Akasaka Blitz live music venue and akasaka Sacas entertainment complex. Alongside working as a producer and director for various TV shows, theater productions, events, concerts, and music software, he oversaw planning and production for projects in partnership with regional governments and other government bodies.

Naohiko Kishi founded Art Tokyo Association in May 2015. Along with serving as executive producer of Art Fair Tokyo, the largest international art fair in Japan, he is the chief producer of the fairs artKYOTO and art stage OSAKA held in, respectively, Kyoto and Osaka. He plans and produces a wide range of art-related projects that aspire to develop the art market in Japan and promote arts and culture. Since his appointment as executive producer, he has continued to pursue new possibilities for Art Fair Tokyo, with the result that total exhibitor sales increased from less than ¥1 billion in 2014 to ¥3.08 billion in 2021.

Partnering with the Cabinet Office, government ministries, local governments, and embassies in Japan, he creates platforms for international exchange through arts and culture. He has been a leading figure in developing art tourism projects that use art as a way to introduce the appeals of regional Japan and traditional culture to non-Japanese people, in this way contributing to the promotion of regional revitalization and creating new attractions for inbound visitors. He launched the Japanese Art Industry Market Research Survey in 2016, the first survey of its kind in Japan. The survey provides an overview of trends in the domestic art market as well as illuminates the impact of economic and social conditions on the art market, offering analysis based on different types of art and sales channels according to the state of the art industry in Japan. He has given lectures for such educational institutions as Kyoto University, Tokyo University of the Arts, and Sophia University as well as for the Liberal Democratic Party Cultural Nation Survey Group, sharing the hidden appeal and potential of Japanese art. In addition, he is actively involved in cultivating global human resources in Japan, serving as a board director of a kindergarten and elementary school offering International Baccalaureate programs, and also makes regular appearances on television, radio, and online media, and lectures widely around Asia. He continues to take a wide view of the arts and culture sector that transcends convention while striving to tell the world about the potential of Japan’s incredible art.

“Telling the World About the Wonders of Japan”

While Tokyo is full of incredible things to see and do as with any major global city, it is also in some ways an inaccessible city. For example, it is difficult to convey creatively and simply the appeals and characters of such areas as Shibuya, Nakameguro, Omotesando, and Aoyama.

Japan has set a target of increasing the numbers of foreign visitors to 40 million by 2020 and 60 million by 2030. As such, we need initiatives that will encourage people from overseas to keep coming back to Japan.

Art Tokyo Association’s mission is to communicate the appeals of Tokyo and other regions around Japan in lucid and exciting ways through art.

“Expressing Yourself Through Art and Culture”

I sometimes have had the chance to visit the offices of overseas clients. The room is often decorated with art and the clients will then explain that the choice of artwork reflects their way of thinking. In this way, they break the ice with a visitor by talking about art. They know that art is a very accessible communication took for showing their respective personalities.

Fashion and our tastes are also fine means of expressing ourselves. So how about we add art as another option here? I think that we must come up with ways to integrate art into our lifestyles in Japan.

To do this, I want to take the know-how and ideas I cultivated in the entertainment industry as well as superb systems from various fields, not only arts and culture, and harness them proactively in the art world.

“Activating a Flow that Makes the Invisible Visible”

In 2016, we launched the Japanese Art Industry Market Research Survey.
Until then, there was no reliable data in the art field.

By then accurately surveying and publishing our survey, we can show the unique attributes of the art market in Japan that had not been visible until now, while also providing objective data that can facilitate various business possibilities that incorporate art.

Through a process of harnessing our specialism and analytical abilities, and then visualizing things, Art Tokyo Association can fulfill its role of better activating the flow of culture and the arts in Japan.

The arts and culture sector expands and develops through the involvement and participation of a wide range of people, including those from different fields, professions, and positions.I believe that sharing the joy of creating new culture together across fields and disciplines will usher in an amazing future and encounters with the unexpected.

Today, organizations and corporations from other sectors are taking note of the power of art. The time may soon be upon us when art in Japan will start to move. And when art starts to move, so does Japanese culture as a whole.

I want to connect with others by accelerating that movement, creating opportunities for people from around the world to encounter the wonders of Japan, and communicating this all through suitable language and expressions. I believe that Art Tokyo Association must be the greatest translator of Japan’s arts and culture, and of Japan itself.

Art Tokyo Association plans and produces a range of art-related enterprises in order to develop the market in Japan as well as the cultural potential of Japan on the world stage.

As the organizer of Japan’s largest international art fair, Art Fair Tokyo, as well as artKYOTO and art stage OSAKA, Art Tokyo aspires to develop and expand the domestic and Asian art markets, and globally disseminate Japanese art, which has uniquely evolved from a diverse range of genre and styles, including antiques, crafts, and modern and contemporary art.

In addition, Art Tokyo’s research and information-sharing activities include conducting the Japanese Art Industry Market Research Survey.In order to cultivate and promote future art scenes from Japan, Art Tokyo organizes projects presenting internationally emerging artists to overseas audiences: the “Future Artists Tokyo” exhibition series, for which it partners with major educational bodies in Japan for projects supporting the next generation of artists and curators; and the “World Art Tokyo” series, working with ambassadors in Japan to showcase artists from their respective countries and create opportunities for international exchange.

Art now has the potential to transcend the boundaries between fields and areas, and produce new values. Art Tokyo Association partners with corporations cultivating communities and culture via art and also enhancing social values, as well as with public organizations engaged in education, welfare, tourism, and redevelopment aiming for innovative social models compatible with mature societies. In this way, Art Tokyo Association aspires to contribute to society through culture and the arts. 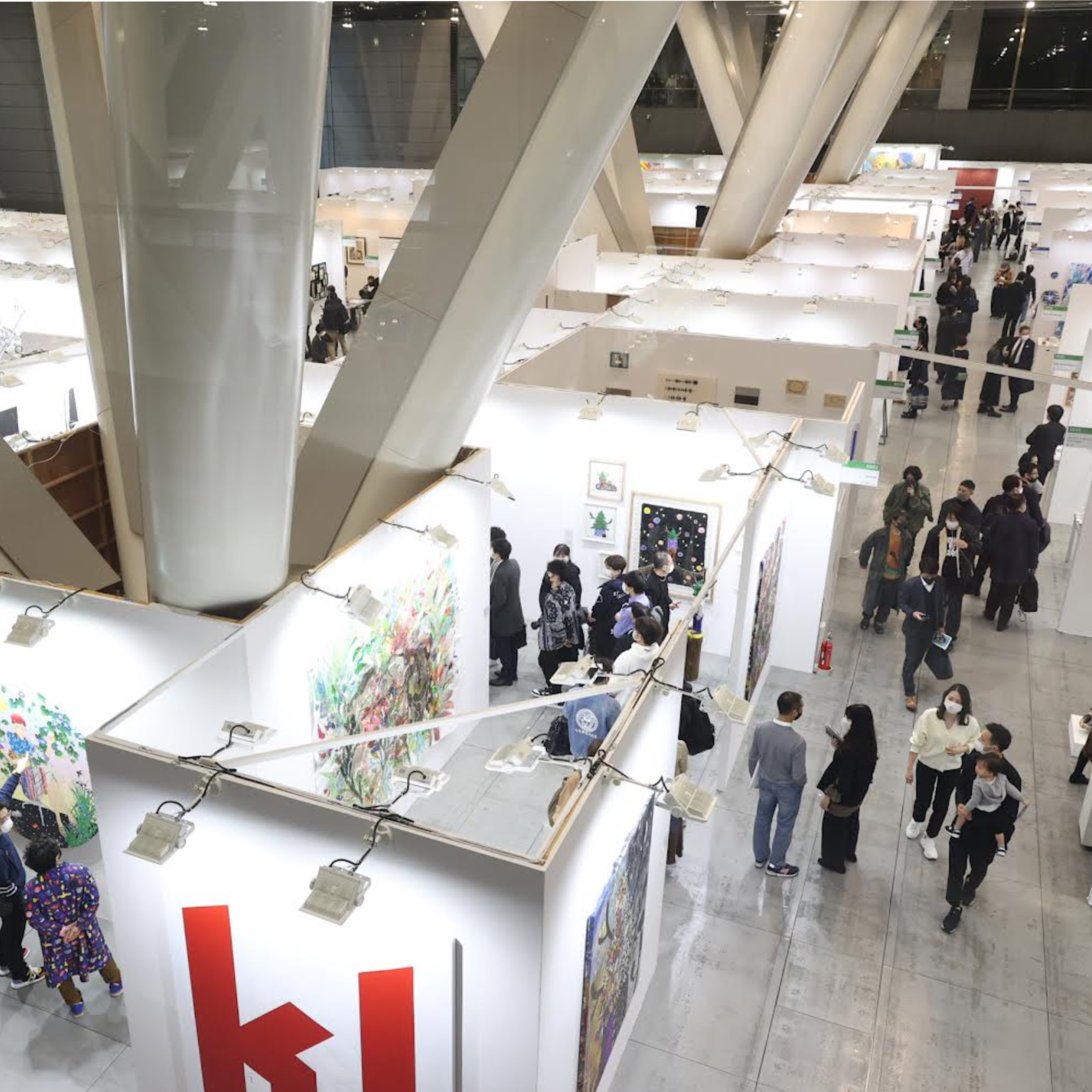 As a fair featuring a wide range of art from antiques and crafts to nihonga painting and modern and contemporary art, we have organized Art Fair Tokyo, Japan’s largest international art fair, since 2005, as well as art KYOTO and art stage OSAKA in, respectively, Kyoto and Osaka. 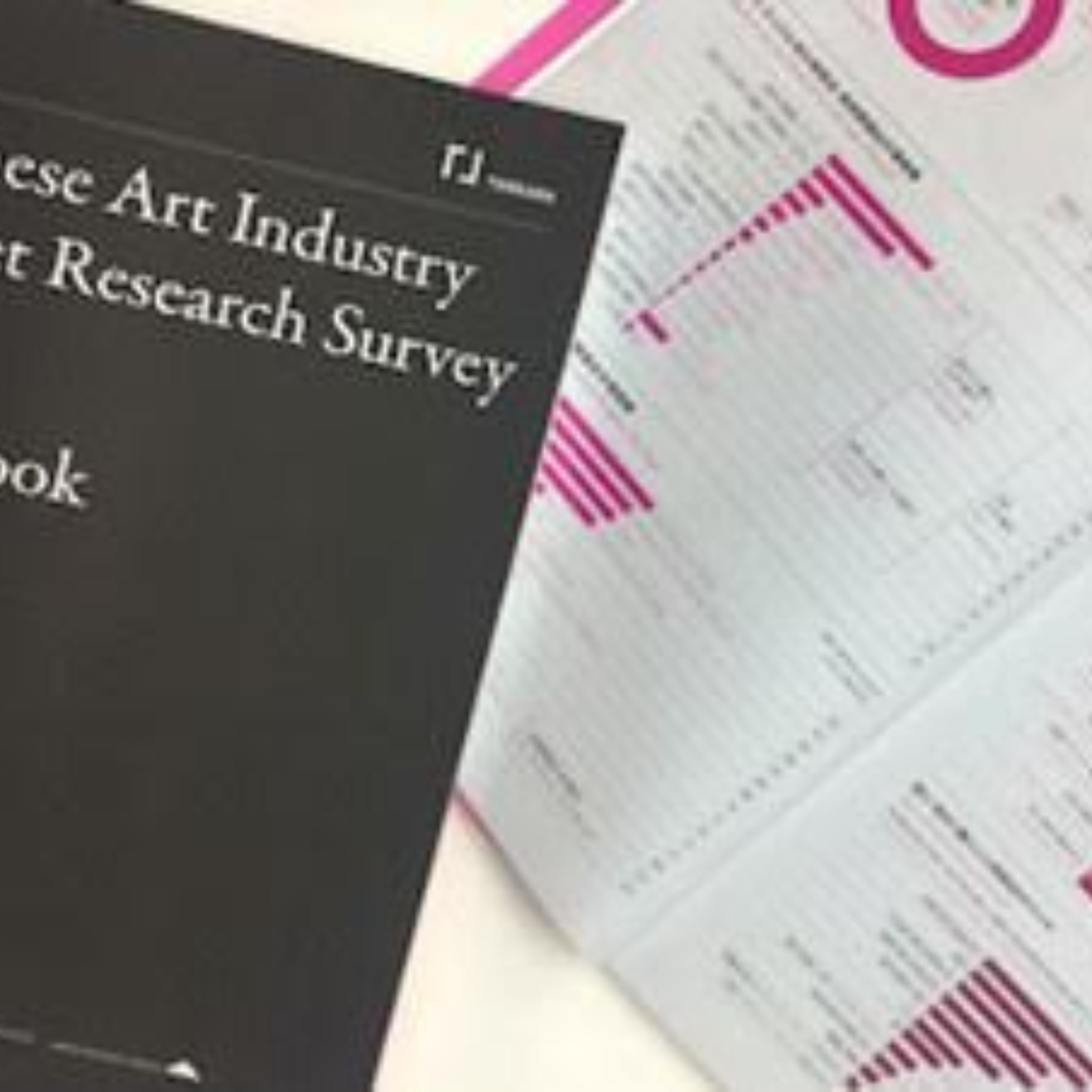 Art Tokyo Association has conducted the Japanese Art Industry Market Research Survey since 2016, based on the distinct characteristics of the situation in Japan and a questionnaire with data from over 20,000 respondents. The survey and analysis results are widely publicized in order to contribute to the future development of the arts and culture field as well as provide various industry indicators. 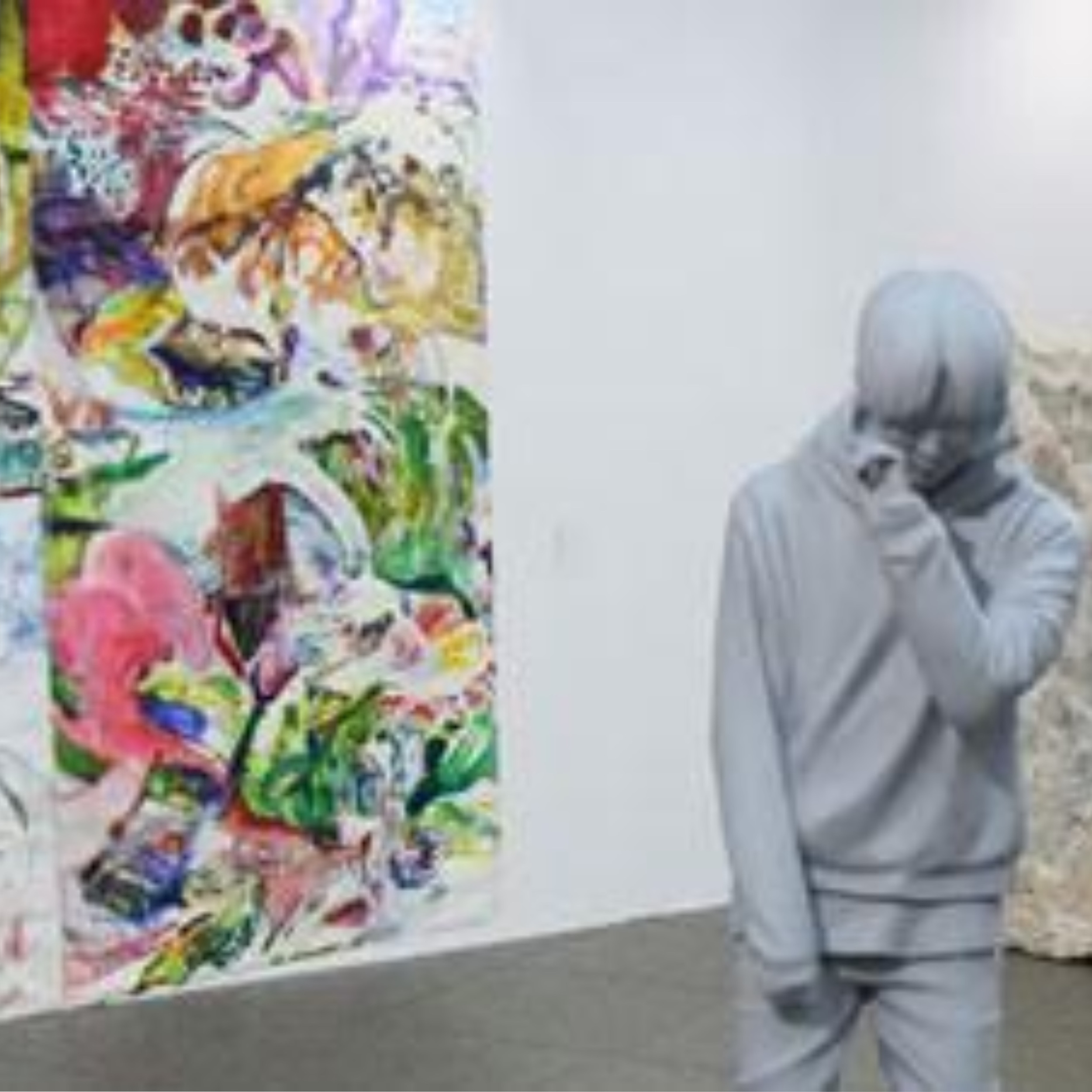 “Future Artists Tokyo” is an exhibition that aims to provide young artists aspiring for careers in the arts with hands-on industry experience, and so cultivate artists and curators capable of working internationally. In order to expand the future opportunities for talented young artists to show their work in and outside Japan, not least through this exhibition, Art Tokyo is partnering with many organizations and universities. Along with building environments where outstanding Japanese artists can grow, it is contributing to the development of the art market in Japan. 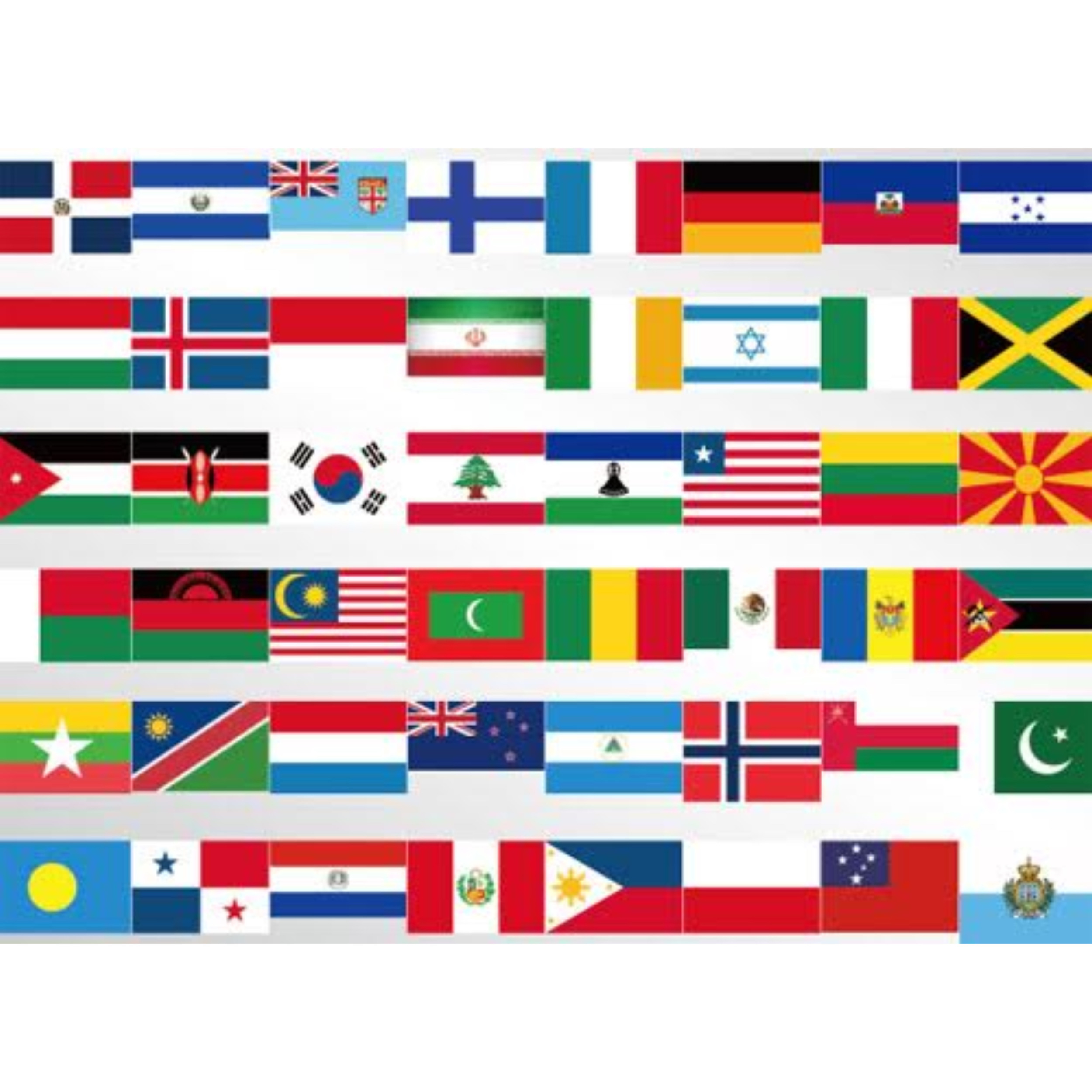 World Art Tokyo is an international exhibition introducing emerging international artists with promising international prospects on global stage, working in collaboration with the embassies of each of their respective countries.This project’s theme was selected by emerging domestic curators who will carry on the next generation, and will provide these culturally diverse artists a stage for expression.We aspire to develop this exhibition into a destination that strengthens collaboration and promotes mutual understanding between various countries, as well as broadcasting future talents of each country’s art scene from Tokyo. 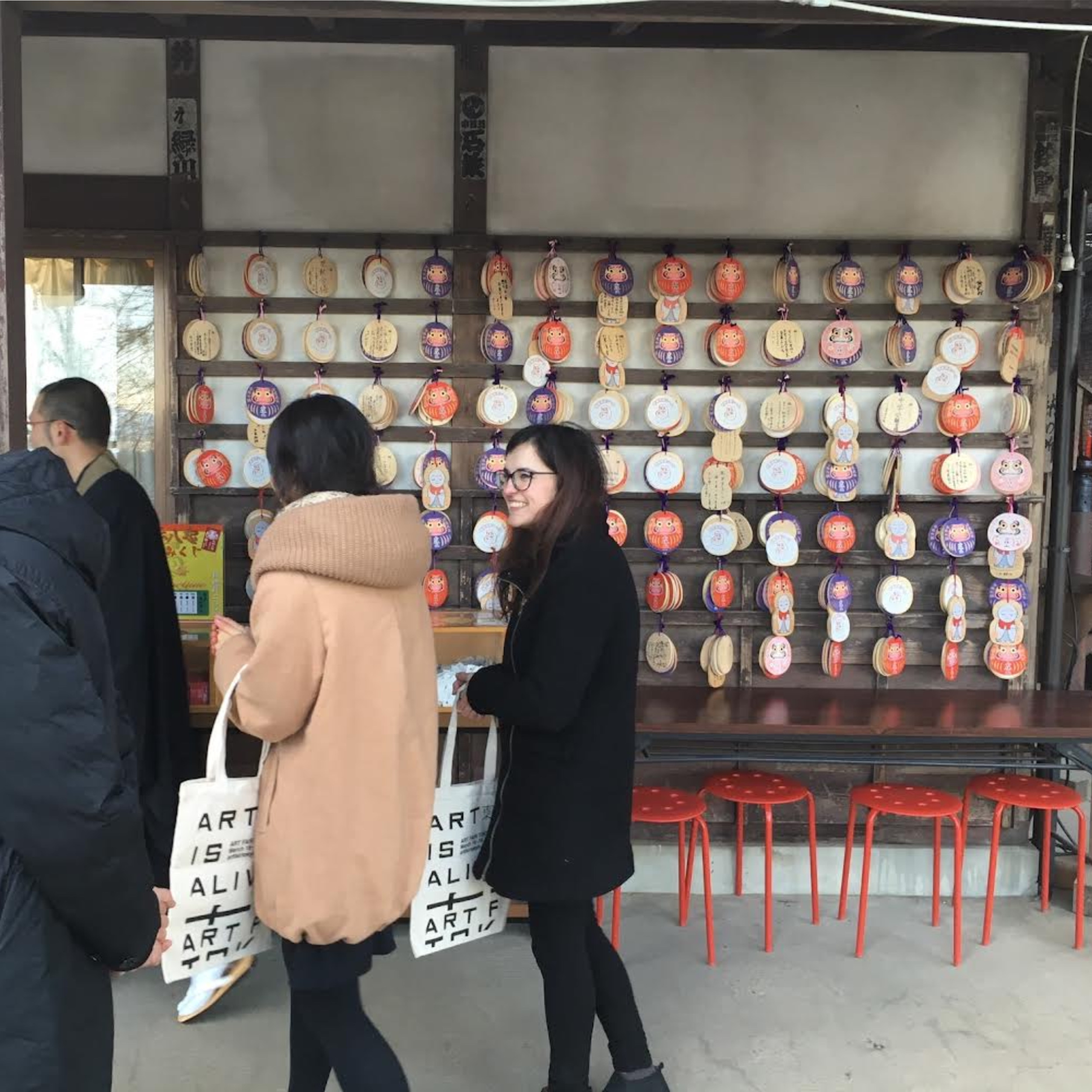 Art can form a new resource to attract tourists and help revitalize local communities. Though entry to Japan is currently restricted due to the coronavirus pandemic, Art Tokyo has continued to hold regular art tourism events since 2015, aimed at overseas visitors to Japan with an interest in Japanese culture and art. 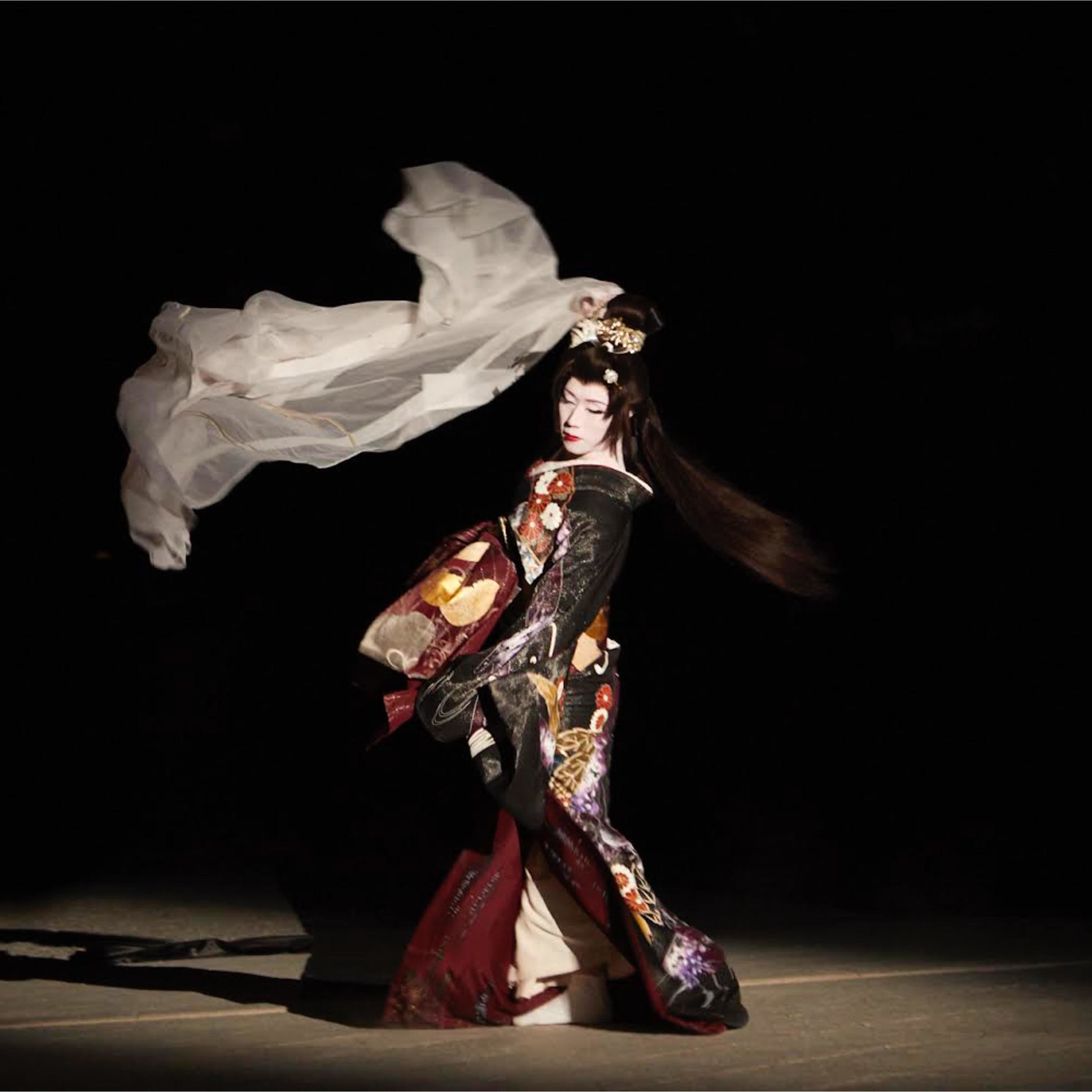 Live/Entertainment
A live performance is planned to convey the charm of Japanese traditional performing arts and the splendor of a building that is valuable as a cultural heritage, both in Japan and abroad. In December 2020, Taichi Saotome, a leading contemporary popular drama, and Rin', a Japanese traditional musical instrument unit, performed a dance drama entitled "The Wild Dance -Nijo-jo Castle-" at the Nijo Castle World Heritage Site. A fusion of performing arts, music and art that expresses the "beauty of Japan" is being transmitted both domestically and internationally. 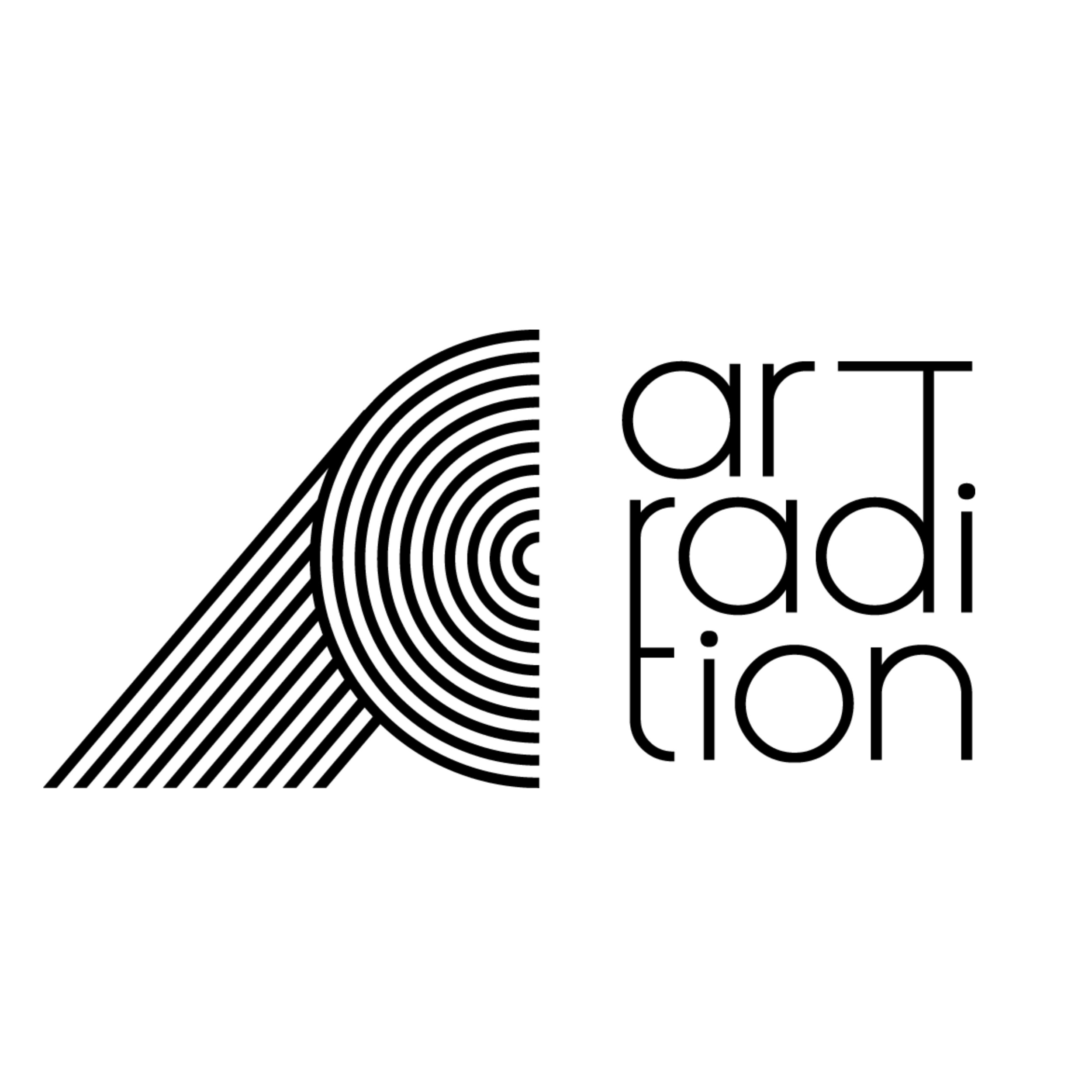 In recent years, traditional crafts are increasingly recognized both at home and overseas for the new potential they offer contemporary art with their exceptional craftmanship and level of perfection. The initiative arTradition facilitates new values from art and traditional crafts, disseminating them both domestically and abroad.

Art Tokyo Association has conducted the Japanese Art Industry Market Research Survey since 2016, based on the distinct characteristics of the situation in Japan and a questionnaire with data from over 20,000 respondents. The survey and analysis results are widely publicized in order to contribute to the future development of the arts and culture field as well as provide various industry indicators.